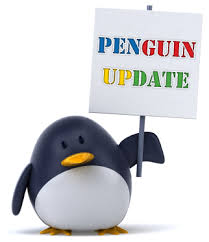 Mountain View, California–A recent report complied and released by Seattle-based Internet marketing agency is demonstrating how the latest version of a specific search engine algorithm is treating manipulative link profiles. The insights gleaned from the company’s research reveals that such manipulative campaigns are being hit hard.

The results come from the latest roll out of a ranking signal generated by the most used search engine. The marketing agency finds that Penguin is doing its job well, identifying and removing from Google’s index, manipulative link profiles.

Portent, the agency behind the study, states in a report, “In the initial Penguin update, the only sites we saw penalized had link profiles comprised of more than 80 percent manipulative links. Within two months, Google lowered the bar to 65 percent. Then in October 2012, the net got much wider. Google began automatically and manually penalizing sites with 50 percent manipulative links.”

Penguin isn’t the only algorithm which is targeting such practices. A recent Panda update, which removes low quality or thin sites from the search engines index, rending them obscure–something that recently happened to Digg. However, that particular instance was a mistake, the sites being legitimately targeted by Penguin and Panda are finding themselves relegated to sharp drops in search traffic.

Experts warn that the effects of these algorithmic signals should be headed, advising companies to dig deep into their sites, find bad links and tag them with a disavowal tool or remove them outright.

The study researched the impact of Penguin on 20 different companies who’ve been penalized directly by Google. Portent looked at a total of 500,000 links, 250,000 of which were pointed at penalized sites, while 250,000 more pointed to what the marketing agency describes as “clean” or non-penalized sites.

Xanjero creates brand-specific content for small businesses to promote their products and services on social media.

View all posts by Xanjero Media →